Canada's electoral history from 1867 to today
Base → People → Featured candidates

Am I reading that right ?! 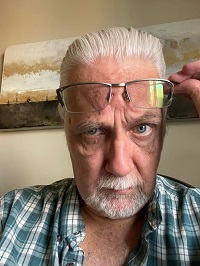 o far, there are 33,061 links to 29,984 online documents on this site, all leading to more information on nearly a quarter of the 68,113 names that appear in this database. I have read all of those documents — not always every word, but many times I did because I let myself get dragged in by those people's stories even though I had never heard of them before I started this project.

That is how I came to develop the themes that you see in this section, like "youngest and oldest," "died in office," and so on. However, some of the stories offered nuggets that were occasionally just intriguing or funny (literally or in a dark humour manner) and sometimes downright appalling or outrageous. I mean, how is it that I had never heard before embarking on this project about that Social Credit MLA in Alberta who committed one of that province's worst mass killing back in the 1950s?

This list is subjective and I will keep adding to it as I come across those factoids again. It is not meant to be a list of praise or condemnation; it's just stuff that made me laugh, or that I find interesting, or that made me say, "Huh?!"

Before you start, go fill up whatever that is you are drinking, because there are 241 featured so far...