Official opposition leaders who died while in office 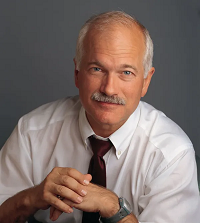 ar fewer official opposition leaders than premiers or prime ministers have died in office, occurring only in Alberta, British Columbia, and Nova Scotia as well as at the federal level. However, it seems that those deaths — especially those that occurred in recent decades — stirred up as much public emotion as if these men had been the head of government.

On May 2, 2011, Jack Layton became the first leader of his party to hold the position in the House of Commons. On July 25, looking shockingly frail, he announced that he was taking a leave of absence to battle "a new form of cancer." On August 22, he was dead — leaving behind his last letter to Canadians that ended like this.

And finally, to all Canadians: Canada is a great country, one of the hopes of the world. We can be a better one — a country of greater equality, justice, and opportunity. We can build a prosperous economy and a society that shares its benefits more fairly. We can look after our seniors. We can offer better futures for our children. We can do our part to save the world's environment. We can restore our good name in the world. We can do all of these things because we finally have a party system at the national level where there are real choices; where your vote matters; where working for change can actually bring about change. In the months and years to come, New Democrats will put a compelling new alternative to you. My colleagues in our party are an impressive, committed team. Give them a careful hearing; consider the alternatives; and consider that we can be a better, fairer, more equal country by working together. Don't let them tell you it can't be done.

All my very best,

His state funeral was held on August 27 in Toronto.